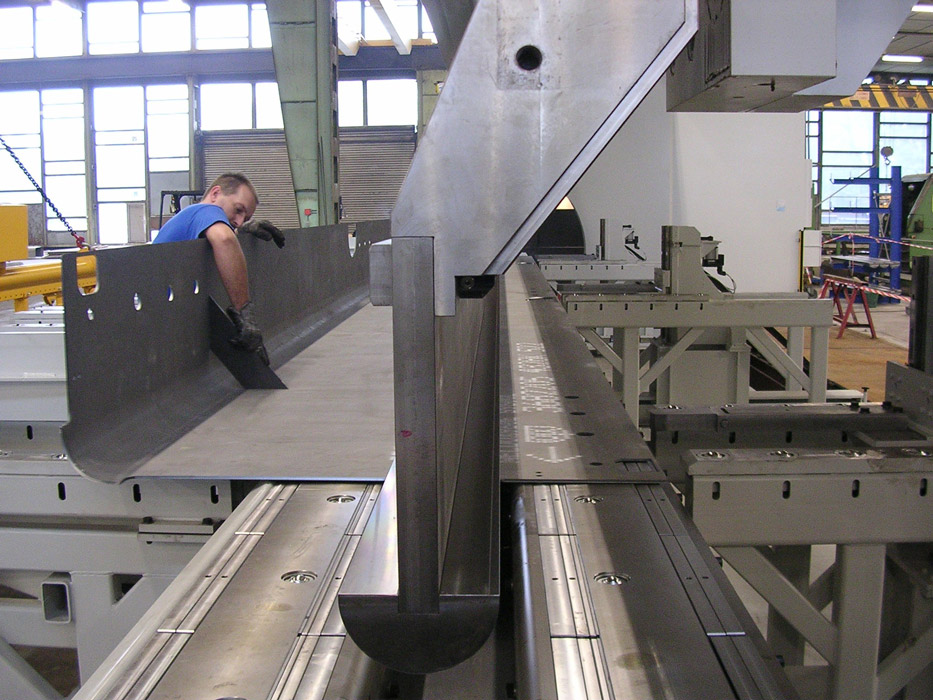 The world of manufacturing and metal fabrication is continuously becoming more and more popular to the point that many manufacturers and fabricators are investing in better and higher-quality materials, equipment, and technologies in order for them to have an easier time in the production of whatever their clients need.

If looking at an in-depth perspective, metal fabrication is the process of creating any equipment that is mostly made up of steel and metal and will go through various procedures and equipment. More often than not, the usual metal fabrication process involves:

What is Press Braking?

Press braking is the process used in the forming of sheet metals and its components. This procedure is vital and crucial to most manufacturers and fabrication companies because without it, the sheets and other metal components would not be able to take its appropriate form.

In addition to that, press brakes also have some type of cutting abilities which also are useful in the long-run. There are many different types of press brakes available in the market but we at Illinois Contract Manufacturing Experts only rely on our advanced and modern CNC press brakes.

So if it’s the activity of forming, shaping, and bending metal, why is it not called metal bending? A press brake is a machine and the gerund form of “press braking” is the term used to describe machines being processed in a press brake – most of which are bending and shaping.

The term press brakes came because of several English language change-ups and modifications – we now know “break” which means to divide or separate into pieces whereas, in older times, that was “brake,” and hence, the press brake machine.

Other than press brakes, there are other equipments and types of machinery that you can try to help you in your goal of bending and forming metal sheets such as a folder – and that is actually the number one opponent of press brakes.

A folder, or sometimes known as “leaf brake” is a machine that allows metal or steel sheets to rest on a table at the back-end of the machine; and the only thing that’s exposed is the flange or the part being that is to be bent in the process.

In addition to the leaf brake or the folder, the box & pan is also a famous alternative especially a few decades back. The box and pan is another variation of how the current press brake came to be today.

Since our company utilizes CNC press brakes, there’ll be little-to-no effort to be made by the operator. The only and the real effort would be in the maintenance and the changing of the material – since that is not anymore controlled by software.

With less labor comes fewer dangers and fewer risks involved especially with your people. When you need help in the bending and forming of metal, you can count on none other than us here at Illinois Contract Manufacturing Experts.

Save your time, save your money – and most importantly, keep your people from any kind of risk or danger.

Using our CNC press brakes, you’ll be able to have the chance to pursue successful and much easier operations. Imagine operating everything remotely without the need for real supervision from your operators?

In addition to that, our machines are all efficient and are easy to understand – working with us would really be something you would need especially if you need to bend, shape, or form metal and steel.

With our CNC press brakes, everything is programmed – from the design and the engineering of your product or your output, even in the movement, the speed, the overall capacity, and the final actions of the machines.

We barely utilize our personnel to man our press braking machines. We always perform highly based on what they’re capable of – and that results in high-quality and even absolutely amazing results and products.

Need help in maintaining and in keeping the precision and the accuracy of your products and your outputs? We can give you a hand in that! When you ask us to help you in the re-shaping, re-forming, and the bending of steel or metal, there’s no doubt that our CNC press brakes will be able to provide the accuracy and the precision needed.

You will experience little-to-no problems when you work with us. Other than being expert metal and steel benders, we’ll also be able to help you with everything you need when it comes to metal fabrication; from the cutting, the designing, the bending, and forming – even to the welding of your materials, parts, and components.

World-Class Quality Products With Us!

You won’t find any other company dedicated and committed the same way we are – where else will you be able to find a company that will do the procurement of all the materials you need up until the end of the metal fabrication operation?

That’s partly the reason why we here at Illinois Contract Manufacturing Experts are considered by many businesses and manufacturers as the best and the most dependable metal fabrication company that can provide a comprehensive and complex fabrication of all the metal equipment, parts, and components you need!

Call us and get the estimate for the project you need to be done in no time!

Our core offerings and services at Illinois Contract Manufacturing Experts includes, but is not limited to, the following below:

Whatever industry you might be in – whether you are in the commercial, retail, manufacturing, and in the automotive or the aerospace industry, you can count on us and our specificity in the products and the outputs we provide.

We service multiple cities throughout the state of Illinois. We provide all the services listed above, and much more in every city throughout Illinois.

If you don’t see your city listed or a specific service listed, don’t worry. All you have to do is contact us by either giving us a call or filling out our online contact form. Then we’ll discover what are some of the top solutions for you, your business, and executing a solid solution.

See our city areas of service: